An utterly grim view of the future of Venezuela 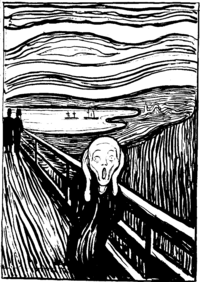 I guess Quico took seriously some comments from me and other readers of his blog, calling his analysis too "optimistic" for the situation being (see also here and here).

I posted a question of my feelings of so much optimism could be very wrong, because that will underestimate the enemy. Chavismo is not a revolution, but an institutionalized and very politicized criminal organization. And they behave like one, like Moises Naim told us a couple weeks ago.

So, taking the argument that Tony-Soprano Chavez would do anything in his power to reinforce his institutionalized mafia business in Venezuela, he knows two things. First, he need to pass this reform that will give him carte blanche to do all kinds of criminal activities with a very sympathetic rule of law. And second, he still needs to show to the world that he is doing what he is doing with popular support. Hence, that´s why he is putting on a referendum a constitution that will strip citizens the right to vote. No logic that anyone will vote Yes to take his voting rights out. Right? (for more info about this constitutional reform visit this blog).

The times were a dictator could get away with a 90% percent of support are over. The fashion of the moment is too look democratic, and, democratic candidates win more or less with a moderate margin of victory. Unless, this is 1984 and you are Ronald Reagan.

But, if they control the whole electoral process and people who don´t believe in an electoral process with an Chavista electoral council won´t vote, then the reform will win with a very little voter turnout, and with a high percent of support.

Do you realized how bad this looks for Chavismo, right?

So, the thugs need another strategy. Calling people to vote, make the piñata party somehow believable and win with a 51% or 52% percent with a high voter turnover. And the next day, people will read on the NYT an analysis of Juan Forero about how come the opposition was so close to win, so fucking close, but hey, after all, Chavez still is da man.

So, some subtleties need to happen for this strategy to take place. First of all, Chavismo needs a sympathetic opposition that agrees to vote with this farce. They had brilliantly succeed with this task with little opposition against the voting argument. Maybe I am the only one who today still thinks this farce is a total nonsense. A lot of political parties who were not going to participate in this process are calling to vote as per today, like AD and ABP. And secondly, they also need people inside of his camp, to raised the voice against the reform like if Venezuela is a society that today has some democratic discussion about this reform. You got this point? Because, a lot of people haven´t and this is really important. Hence, two moles of the revolution come to the spotlight as Chavistas who are very strongly against Chavez´s reform. The characters are retired General Baduel, and Marisabel (Chavez´s ex-wife). I also heard that other supporters like Fernado Carrillo (more Chavista than Chavez himself) has been very outspoken against the reform. The excitement of the opposition about these moles talking against Chavez´s reform really depressed me. So many moments to talk against Chavez and the only moment they pick is this one, uh? There´s a reason on why they all talking against the reform right now. These people are not decent people who realized they were living on a red cloud and suddenly they woke up with a big carajazo when they fell from the bed! No, this people are criminals and they are acting like one. They didn´t get any scruples or second doubts when they read the reform my friends.

So, Quico presented his utterly grim picture of the final outcome of this farce, and how brilliantly a criminal organization got away with murder and also took the suitcase with all the petro-dollars inside. I don´t know if he was being utterly sarcastic to me or not, but anyway here it is... you cannot tell that he wasn´t inspired writing this.

Grim, yes, but not utterly grim. I can come up with way grimmer scenarios.

Chew on this one: At 7:15 p.m. on Sunday, minutes after voting ends, a curiously jittery Tibisay Lucena calls an official CNE cadena. As a trickle of sweat dribbles visibly down her forehead, she announces the "Sí" has officially won the vote 51 to 49.

Soon, reports start to surface all over the country that Plan Republica soldiers are insisting the "Hot Audits" take place behind closed doors. Globovisión starts showing pictures of crowds outside a voting center in La Candelaria chanting "queremos entrar, queremos entrar" at a bunch of stone faced soldiers blocking the doors as they hug their AK103s. The defense ministry issues no statement.

Word gets around that Tibisay Lucena is about to call a second cadena, but somehow, it never comes on the air. Your cousin calls you and tells you his neighbor's uncle is an army officer in Cumana and says they've gotten orders to mobilize all their troops to Caracas that same night.

In a few places, the soldiers inevitably don't or can't carry out their orders to keep people out of the audit rooms, and in those places some, but not all, of the hot audits turn up weird results. Your next door neighbor knocks on the door and says her second cousin twice removed works at CNE and says some very large men with Cuban accents have parked themselves in the Totalization room and won't let CNE staff in, adding that he just saw Lucena and she looks like she's on the verge of tears.

The next day, Globovisión starts showing pictures of Smartmatic machines ditched in a dump in Santa Teresa del Tuy. Chavez goes on TV at 11 a.m. and declares that the constitutional reform has now been approved by the sovereign Pueblo, and is therefore in force immediately. In the same cadena, he calls the unfounded rumors about dodgy hot audits the night before part of a CIA conspiracy and the pictures from Santa Teresa "insurrectional". To counteract this imperialist conspiracy, he declares a state of emergency under the newly revised constitution's beefed up powers. He orders the Reservistas to shut down Globovisión. He announces Habeas Corpus is suspended and places strict reporting restrictions on all remaining media.

Suddenly, the country is in a renewed April 11th situation. People come out onto the streets, and are severely dealt with, except this time there's no media to cover it. Parts of the Armed Force start refusing orders, flagging themselves up as traitors. In the heat of the moment, at least a garrison or two rises up against Chavez. But they're disorganized, fighting at a time of his choosing rather than theirs, and get crushed fairly quickly. The remaining dissident officers are labeled CIA agents and villified aggressively in the official press.

By 2009, the story of the heroically foiled imperialist plot to sabotage the adoption of the people's glorious socialist constitution is part of the official school curriculum. One day, your 14 year old son comes home with a terrible grade in his Venezuelan history exam. When you ask why, he explains "that test was hard: I put down Yon Goicoechea as having sold out to the Capitalist Imperialists for money in May of 2007, but it turns out he was an imperialist plant all along."

What do you think?

I certainly wish to think this is nothing but a little pessimist day of my life and nothing else, but I am afraid this very well might be the future of former happy Venezuela where nice happy people lived.
Posted by FeathersMcGraw at 12:34 PM 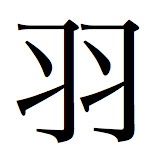